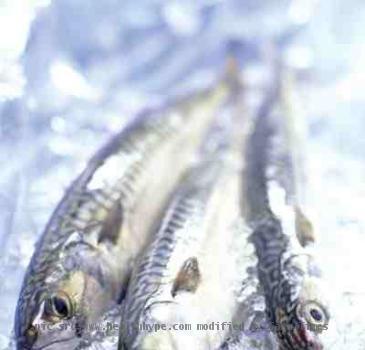 LONDON - A diet rich in oily fish could hold the key to preventing blindness in the elderly, a study says.

The Omega-3 group of fatty acids, found in oily fish such as salmon, mackerel and fresh tuna, may help protect against the commonest forms of sight loss among older people, it suggests.

Scientists studying the diets of adults over the age of 65 found those who regularly ate seafood were far less likely to develop age-related macular degeneration (AMD), which is caused by death of cells in the retina, reports the journal Ophthalmology.

There is currently no cure for the condition, which affects almost a third of Britons over the age of 75, reports the Daily Mail.

It gradually causes sufferers to lose their ‘central vision,’ meaning they can no longer see what is directly in front of them, making activities like reading, writing, driving and watching TV almost impossible.

US scientists surveyed 2,400 volunteers aged 65 to 84. Those who ate oily fish or shellfish - particularly crab, oysters or mussels - twice a week or more often were far less likely to have AMD.

Lead researcher Sheila West from Johns Hopkins School of Medicine in the US said: “While participants in all groups averaged at least one serving of fish or shellfish per week. Those who had advanced AMD were significantly less likely to consume high omega-3 fish and seafood.”

LOS ANGELES (GaeaTimes.com)- "America Live" host Megyn Kelly has stripped down in the December i...

WASHINGTON - Nearly 25 percent of overweight and 16 percent of normal weight women of reproductive-a...

26/11 attack perpetrators should be brought to justice: UK defence Secretary

NEW DELHI - Britain's Defence Secretary Liam Fox has said that the perpetrators of the 2008 Mumbai t...

WASHINGTON - A new research has indicated that what your mother ate when she was pregnant may make y...

26/11 perpetrators should be brought to justice: British minister

NEW YORK - Naomi Campbell's former agent has claimed having evidence to prove that the supermode...
Copyright© 2010 The Gaea Times