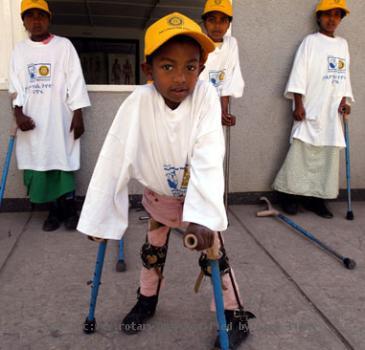 Speaking at a health summit organised by the Confederation of Indian Industries (CII), Azad said the vaccine which targets both type 1 and type 3 polio viruses can be a tool to eradicate polio completely.

We were able to eradicate the type 2 polio virus, but for type 1 and type 3, when vaccine was given for one, the other type virus became active, making the efforts useless, Azad said.

However, the bivalent vaccine was launched by the president (Pratibha Patil) Jan 1 this year, and in a period of 10 months, the number of polio cases has come down to 39 from 800 last year. This may well eradicate polio completely, he said.

NEW DELHI - India has shown a 50 percent drop in the number of new HIV infections in the last 10 yea...

India a nation of immense power and presence: UAE daily

NEW DELHI - The eight successive days of adjournment of parliament without any major business trans...

WASHINGTON - A 1,800-year-old bathhouse was discovered prior to the construction of a men's mikveh (...

Disabled Brit man rejected for 2000 jobs starts his own business

LONDON - A disabled man in Britain, who was rejected for almost 2000 jobs, has managed to start his ...

More than 50pc of depressed patients give up their treatment

WASHINGTON - With the number of depression cases going up every year, a study has underlined that mo...
Copyright© 2010 The Gaea Times