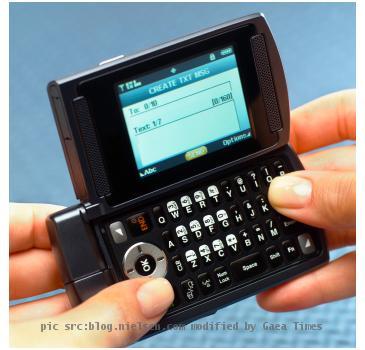 WASHINGTON - It may be time for you to put you cellphone aside before going to bed for it might affect your sleep and moods, according to a new study.

Text messaging and other electronic communication media were linked to excessive movement during sleep, insomnia, and leg pain at night in students ages 8 to 22, Dr. Peter G. Polos of JFK Medical Center in Edison, N.J., and colleagues found.

The report linked “high rates of daytime cognitive or mood problems … including ADHD, anxiety, depression, learning difficulties,” with late-night usage of mobiles and other electronic media.

“Attempts at limiting use at bedtime appear to be reasonable,” ABC News quoted the researchers as saying.

They suggested that parents set appropriate times for text messaging and other technology use and take proactive steps like moving computers out of the bedroom.

The participants averaged 33.5 text messages or e-mails sent per night to an average of 3.7 people for a total of 3,404 text messages per person per month.

These occurred from 10 minutes to four hours after bedtime.

“Research shows that the problem is increasing, so it is more important than ever for physicians to ask questions about technology use when evaluating children for sleep issues,” said Dr. David D. Gutterman of the Medical College of Wisconsin in Milwaukee. (ANI)

Statement by the President on the Passing of Dr. Margaret Burroughs

Statement by the President at end of the EU-U.S. Summit