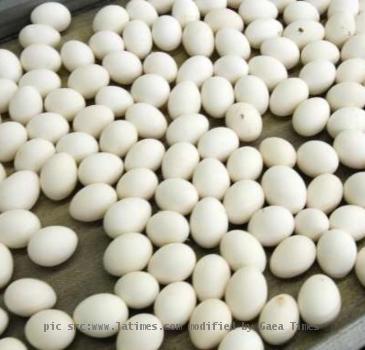 OHIO (GaeaTimes.com)- The latest to join the recall bandwagon of this year is eggs produced by an Ohio based farm. The distributor of these eggs are Cal-Maine Foods. The tainted eggs have reached 8 US states so far and they are covered under this recall. The cause of this recall is the chance of salmonella contamination. The salmonella infection was found at the Ohio based farm where the recalled eggs were produced. The recalled eggs also reached the retailers and wholesalers from the distributor company. It in turn derived the eggs from Ohio Fresh Eggs.

Cal-Maine Inc based in Mississippi is United State’s largest distributor and producer of shell eggs. The recalled eggs were produced at this company’s Arkansas facility. However, no reports of people falling sick after eating thee eggs have surfaced so far. The company became aware of the possibility of salmonella contamination only in November but the eggs were produced one month back. Thereafter it decided to declare the recall in the states. The egg brands like Sunny Meadow, Sun Valley, James Farm are being affected by this recall. The company is adhering to the norms of FDA in this regard.

The Cal Maine site mentions the expiry date along with the brand names that have been recalled. The earlier egg recall took place this year in August. It affected near about 380 million eggs. The effects of Salmonella can include fever and diarrhea. The aged and kids can be susceptible to this more than others.

Gunny Dwooz is a funny cartoon shooting game. There are 10 levels with cool and funny targets, help ...

Miriel is an ordinary girl with extraordinary talents ready to help the townspeople with their needs...

Celebrity cougar Charmyne Palavi-Browne in India for her 3rd baby

Meet the Brit man paid to scoff 2lb of sweets a day!

LONDON - A British man has what many would consider the best job in the world - he is paid to scoff...

We are bony but fine: British couple after kidnap ordeal

LONDON - "We are rather skinny and bony but we're fine," said a British couple after their release b...