Yoga is 13th most popular physical activity among Aussies 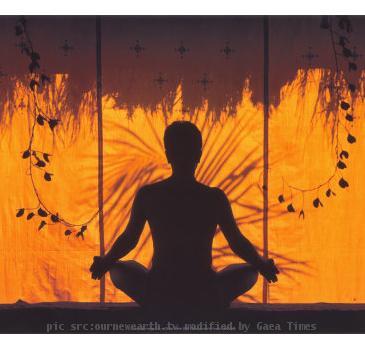 SYDNEY - A survey has found that yoga is very popular among Australians, and it ranks as the 13th most preferred physical activity.

The most recent Australian Bureau of Statistics study showed that an estimated 300,000 Australians have taken up the physical and mental discipline that originated in India.

Even medical studies carried out in Australia have found it to have a positive effect treating disorders from binge eating, carpal tunnel problems, asthma, smoking and drug addiction to osteoporosis, chronic lower back pain and, in boys, attention deficit/hyperactivity disorder.

Yoga, which comprises a series of postures known as asanas, is a Sanskrit word that means union.

Not only is it a physical workout that tones muscles, detoxes organs and improves joint flexibility, it can calm the central nervous system, reduce stress and lower blood pressure.

A child and family therapist in Sydney, Andy Spaulding, who is also a yoga instructor, says the practice can be helpful for anyone coping with trauma such as death and divorce.

While teaching yoga to teen girls, many of them violent offenders, at a juvenile detention centre in California, he found it an effective therapeutic tool.

“For them, it was a way to nurture their bodies and minds in new ways - even those with stiff, overweight bodies always felt better about themselves and their peers by the end of class,” the Sydney Morning Herald quoted him as saying. (ANI)

LONDON - Yacht couple Paul and Rachel Chandler, who were held by land-based pirates for 388 days, af...

Yoga keeps the Beckhams together

MELBOURNE - David Beckham and his wife Victoria do yoga together to keep the spark alive in their 11...

For A to Z of Hinduism, pick up this gem (IANS Book Review)

LONDON - An American man who discovered yoga and meditation as a teenager holds the world record for...

8 things your hair tells about your health

WASHINGTON - Our hair says a lot more about us than how closely we follow the latest styles and its ...

MELBOURNE - A yoga master shared some of his secrets at the Yoga Aid Challenge in Brisbane's Bot...