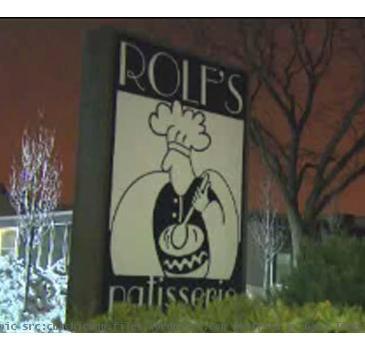 NEW YORK (GaeaTimes.com) — The US Food and Drug Administration issued a recall on some of the foods of Rolf’s Patisserie desserts due to food poisoning.

The bacteria which the desserts are infected with are able to cause symptoms that range from vomiting to stomach cramps and they can last anywhere between one to three days.

Consumers who purchased these desserts are asked to dispose off the food. The infection of the desserts came as a shock to some who did not think there was a problem with the packaging process; however that is now being investigated by the FDA who has failed to comment any further except to tell consumers not to eat the desserts.

LONDON - Scientists have found an old pinworm medicine to be a new lead in the search for compoun...

WASHINGTON (GaeaTimes.com)- The popular pain killer, that apparently relieved you from mild to m...

LONDON - A new research has stated that modulating a protein in the brain could help control Alzhei...

LONDON - A new small study has shown that an investigational drug targeting a defective protein that...

COLUMBUS (GaeaTimes.com)- Just a day back the FDA came down heavily on the drinks manufacturers ...

Four Loko Ban On The Anvil

OHIO (GaeaTimes.com)- In a latest move the Federal regulators may impose a ban on the sale of Fo...

Finally, ciggie packs in US to carry gruesome pictures!

WASHINGTON - Taking a stand against smoking, US has also unveiled anti-smoking scare photos on cigar...

OHIO (GaeaTimes.com)- The latest to join the recall bandwagon of this year is eggs produced ...
Copyright© 2010 The Gaea Times