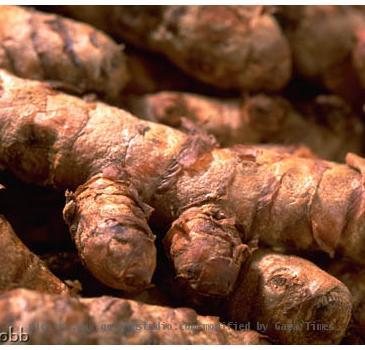 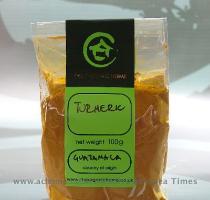 WASHINGTON - A new Saint Louis University study has revealed that a chemical that gives curry its zing holds promise in preventing or treating liver damage from an advanced form of a condition known as fatty liver disease.

The chemical, curcurmin, is contained in turmeric, a plant used by the Chinese to make traditional medicines for thousands of years.

“My laboratory studies the molecular mechanism of liver fibrosis and is searching for natural ways to prevent and treat this liver damage,” said Anping Chen of Saint Louis University.

“While research in an animal model and human clinical trials are needed, our study suggests that curcumin may be an effective therapy to treat and prevent liver fibrosis, which is associated with non-alcoholic steatohepatitis (NASH),” said Chen.

High levels of blood leptin, glucose and insulin are commonly found in human patients with obesity and type 2 diabetes, which might contribute to NASH-associated liver fibrosis.

Chen’s work has tested the effect of curcumin on the role of high levels of leptin in causing liver fibrosis in vitro, or in a controlled lab setting.

“Leptin plays a critical role in the development of liver fibrosis,” he said.

High levels of leptin activate hepatic stellate cells, which are the cells that cause overproduction of the collagen protein, a major feature of liver fibrosis.

The researchers found that among other activities, curcumin eliminated the effects of leptin on activating hepatic stellate cells, which short-circuited the development of liver damage. (ANI)

LONAVALA - She wore a sari, bindi, jhumkas and bangles, danced to Bollywood numbers and even grasped...

DHARMAPURI - Onions usually make a person cry when he or she cuts them but these very vegetables see...

Even a million roses a day sale brings no sweet succor for Lahore flower farmers!

LAHORE - Flower farmers in Pakistan have complained that despite an overwhelming sale of flowers ...

Vivek Oberoi And Priyanka Alva To Tie The Knot Today

BANGALORE, INDIA (GaeaTimes.com)- Bollywood star Vivek Oberoi is all set to break the hearts of ...

India facilitating global plan to save animals and plants

NAGOYA - The Oct 18-29 UN biodiversity summit Thursday appointed India as one of the facilitators in...

NEW DELHI - Bikini-clad models dazzled as they walked the ramp for fashion designer Sanchita as she ...

SHILLONG - Meghalaya residents who attain 100 years of age can now celebrate the event at the Raj Bh...
Copyright© 2010 The Gaea Times