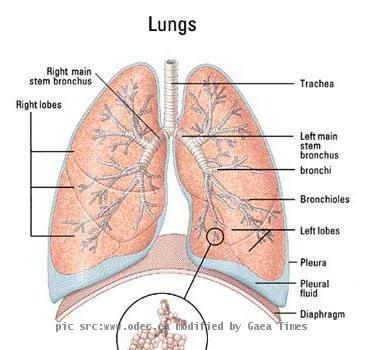 FLORIDA (GaeaTimes.com) — A Mesothelioma lawsuit filed by William Aubin against Union Carbide earned him $14 million. Aubin, a Sarasota construction worker was awarded by a Florida jury.

Aubin had filed complaint against the chemical manufacturer and several other defendants such as Georgia-Pacific for their failure to warn construction companies against their compound, made of asbestos.

Aubin started fighting against these companies after he was allegedly diagnosed with Peritoneal Mesothelioma in the 1970s. Before that he used to work for his parents’ construction company, Key Biscayne.

Asbestos which is the root cause of the disease is mainly used in several manufacturing and construction companies. Although the most use of asbestos were banned in mid 1980s, the number of mesothelioma deaths toll is rising each year, according to the U.S. Centers for Disease Control and Prevention reports.

Asbestos mesothelioma lawsuits are the longest running mass movements by the people of U.S. Over 600,000 people have filed lawsuits against 6,000 defendants after being diagnosed with mesothelioma, asbestosis or other asbestos-related diseases.

The award for Aubin was announced last week, when a Miami jury had determined that Union Carbide was chiefly responsible for Aubin’s cancer. However, they didn’t refute the possibility of other defendants having shared the similar responsibility.

LONDON - Brit scientists have made a major breakthrough in the fight against cancer - by unveili...

John Goeken, founder of telecom giant MCI, dies at 80 after battle with cancer

Vergara, Applegate, others help raise research money in 'Stand Up to Cancer' telethon

Applegate, others star in 'Stand Up To Cancer' LOS ANGELES — Actresses Sofia Vergar...

Seacrest, others star in 'Stand Up To Cancer' LOS ANGELES — Adam Sandler, Seth Rogen and N...

Pfizer to spend $500,000 over 2 years on research partnership with American Kennel Club