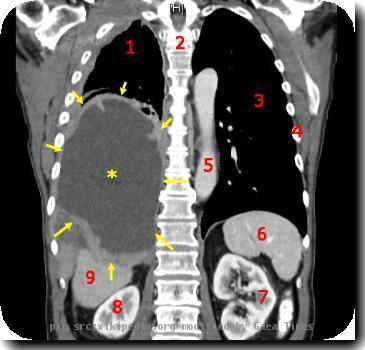 MILAN — A beaming Placido Domingo blew a kiss at the adoring crowd after his heroic portrayal of Verdi’s “Simon Boccanegra” Friday night, the Spanish tenor’s first performance since cancer surgery 45 days ago.

His 131st role was something to sing about.

“It was a great evening,” Domingo said backstage, after greeting the many friends who crowded to congratulate him. “It was very emotional. I was happy to be in front of an audience.”

The applause went on for 14 minutes, mixed with a scattering of boos for conductor Daniel Barenboim — who was warmly embraced by his longtime friend Domingo on stage as the cast continued the curtain calls after much of the audience had left.

“La Scala is always La Scala. There is a fantastic audience that feels great passion. You heard a generally enthusiastic audience,” Domingo said. “There were two or three who had memories of 30 years ago,” and showed it with boos.

The 69-year-old Spanish tenor underwent colon cancer surgery just six weeks ago. He acknowledges he put off getting a routine colonoscopy for years — thinking he would do it after the La Scala run — and finally succumbed to severe pain after concerts in Japan in February, which he said he managed to get through.

Doctors in New York removed the cancerous tissue on March 2, and Domingo counts himself lucky because they got it early enough.

“My biggest triumph ever is the one over illness,” Domingo said earlier this week, acknowledging fear that his career could have been over.

Domingo will be singing a rare baritone role for “Simon Boccanegra,” but said he remains a tenor.

“I am a singer who has sung for many years, who has experience, and who represents Simon as I feel him. I don’t pretend to be a baritone. I pretend to sing, and to create characters within my vocal capacity,” Domingo said.

The production, conducted by Barenboim with stage direction by Federico Tiezzi, premiered in October in Berlin Staatsoper, where Barenboim has a permanent podium. It has been resized for the bigger La Scala theater, and Tiezzi said he made the backdrops more spare.

The Berlin debut was a huge success, especially for Domingo.

Domingo will sing six performances of “Simon Boccanegra” at La Scala, before taking it to London’s Royal Opera in June and Madrid’s Teatro Real in July.

And his schedule doesn’t stop there. In September, he will sing the role of the poet Pablo Neruda in the world premiere of “Il Postino” in Los Angeles, and has engagements in Vienna in December.

WASHINGTON - A research has indicated that eating smaller amounts of salt each day as a teenager cou...

LAS VEGAS (GaeaTimes.com)- Latin music fans all over the world celebrated the biggest night in L...

LONDON - A man from Angola has entered the Guinness Book of World Records for having the widest mout...

Opera superstar PLACIDO DOMINGO is to part ways with the Washington National Opera in 2011. The cel...

LOS ANGELES (GaeaTimes.com) -- Beach Girl5 or BG5 is a California based band that includes five ...