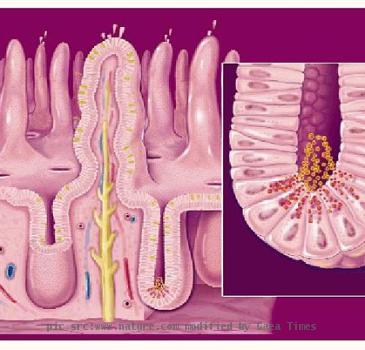 NEW YORK (Gaeatimes.com) — Researchers at Cincinnati opened the door with a miraculous finding that is a great step towards the study of human intestinal development. They have used pluripotent stem cells to create functioning human intestinal tissue.

To turn pluripotent stem cells into intestinal tissue, scientists performed a timed series of cell manipulations using chemicals and proteins called growth factors to mimic embryonic intestinal development in the laboratory. The first step turned pluripotent stem cells into an embryonic cell type called definitive endoderm, which gives rise to the lining of the esophagus, stomach and intestines as well as the lungs, pancreas and liver.

Next, endoderm cells were instructed to become one those organ cell types, specifically embryonic intestinal cells called a ‘hindgut progenitors’. The researchers then subjected the cells to what they describe as a “pro-intestinal” cell culture system that promoted intestinal growth.

This experiment can provide a great step towards producing intestinal tissue for transplantation.