Stem cells can ease lower back pain without surgery 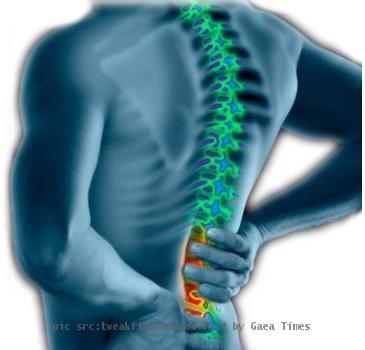 The condition is common among older people and may be caused by degeneration of the discs between the vertebrae.

The cells in such degenerated disc (mainly made of cartilage) no longer work normally, drying out the disk, which impairs its function and leads to lower back pain.

“It is generally believed that cartilage has no, or very little, capacity to heal, and knowledge about how cell division takes place in intervertebral discs is limited,” says Helena Barreto-Henriksson of the Institute of Clinical Sciences at the Sahlgrenska Academy, Sweden.

Researchers have identified areas at the disc’s edge, with cells having properties similar to those of stem cells, according to a Sahlgrenska Academy statement.

The cells probably contribute to the growth of new cells and provide the disc with a certain capacity to self-heal.

The scientists have also investigated the possibility of transplanting cells to a disc by injecting human stem cells into damaged discs.

“Images taken by MRI showed that the transplanted stem cells survived, that they developed into cells that had a function similar to that of disc cells, and that there was a certain degree of healing in the disc,” says Helena Barreto-Henriksson.

“The advantage of such treatment over surgical approaches is that it would be a much simpler and less serious procedure for the patient,” she said.