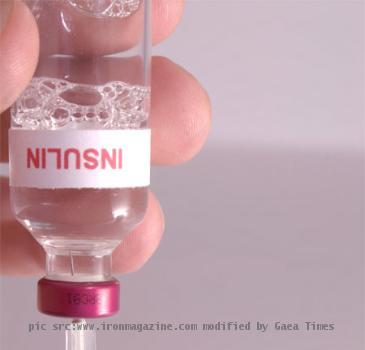 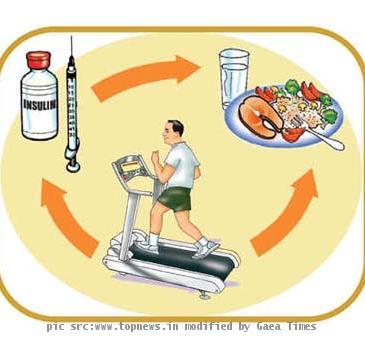 LONDON - A huge number of people in Britain are being diagnosed with diabetes in an “epidemic” that is said to be costing the NHS 1million pounds every hour.

Diabetes UK, which collected the figures from GP practices, revealed one in 20 is now being treated for the condition, with 90 percent suffering from Type 2 diabetes, which is fuelled by poor lifestyle and obesity.

“These figures confirm how appalling the levels of diabetes and obesity are in this country, and they would be even worse if they included children,” the Daily Express quoted Tam Fry, of the Child Growth Foundation, as saying.

“Unfortunately, we can expect levels to go up even if in some parts of the country obesity may be being brought under control. The fat are just getting fatter and suffering the consequences of excess weight,” Fry added.

Diabetes UK has called for urgent Government intervention, and warned that people with diabetes who do not receive the correct treatment risk blindness, losing limbs and an early death. (ANI)

LONDON - Research has found that drinking a small glass of red wine every day can help treat diabet...

Elderly can blame low sodium for fractures and falls

WASHINGTON - A new study has shown that older adults with even mildly decreased levels of sodium in ...

WASHINGTON - A new study has found that kids with Chronic Kidney Disease (CKD) are more likely to ha...

SYDNEY - Researchers has claimed that corporate lunches and dinners at restaurants dishing up rich, ...

WASHINGTON - A study has pointed out that moderate alcohol consumption among kidney transplant reci...

Low fat food 'isn't healthy if it's high in sugar'

SYDNEY - A new research has found that a diet high in sugar can cause health damage even when a pers...
Copyright© 2010 The Gaea Times