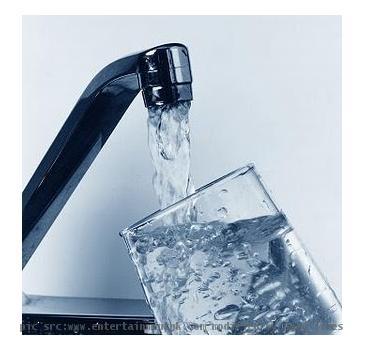 LOS ANGELES (GaeaTimes.com) — A study by the Environmental Working Group (EWG) revealed that tap water of nearly 31 cities contain deadly hexavalent chromium, a chemical that is believed to cause cancer.

The EWG investigated 35 cities and it stated that at least 74 million people in 42 states regularly drink chromium-tainted water, and a considerable proportion of it is in the carcinogenic hexavalent form.

The most affected places are Norman of Oklahoma, Honolulu of Hawaii, Riverside of California, Madison of Wiscosin and San Jose of California where there are the highest levels of chromium detected. The deadly chemical has been linked to leukemia and other cancers in animals, as well as liver and kidney damage.

Cancer was rare, but it did occur in Ancient Egypt: Scientist

LONDON - In a direct contradiction to a recent Nature article on cancer in Egypt, a Manchester Unite...

Russell Brand to be honoured for contribution to cancer charities

LONDON - Funnyman Russell Brand will be honoured at a star-studded comedy gala in Los Angeles next...

Russell Brand to be honoured for charity work

LONDON - British comedian Russell Brand will be honoured in Los Angeles next month for his contribut...

WASHINGTON - A new study has revealed the women who smoke or have a history of smoking are at 39 per...

WASHINGTON - Researchers have developed a genetic tool to speed the discovery of novel genes involv...

Cancer is purely a man-made condition

LONDON - Cancer is a man-made disease triggered by the excesses of modern life, says a new study. ...

LONDON - A study of ancient remains has found that cancer is a man-made disease fuelled by pollution...

Homegrown fundraising harnesses power of the pinkTen-year-old Parker Salinas considers herself one l...

LONDON - A new study has indicated that a strict diet for two days a week consisting solely of veget...
Copyright© 2010 The Gaea Times