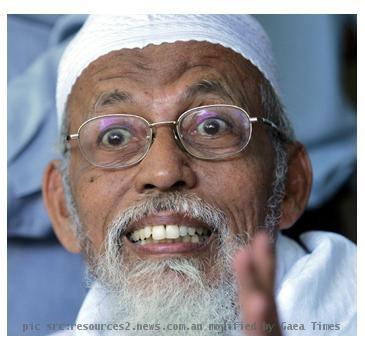 Lawyer Achmad Michdan says the 72-year-old Bashir started complaining about deteriorating vision in his left eye soon after his arrest in August. He says Bashir, who has been jailed since his arrest, was taken under police escort Monday to a hospital in the capital, Jakarta, and had successful surgery.

Bashir - the spiritual head of the al-Qaida-linked Jemaah Islamiyah network - has been charged with helping set up a terror cell that was plotting high-profile assassinations and attacks on foreigners in Indonesia. He could face the death penalty if convicted, though few analysts believe he’d get that.

India a nation of immense power and presence: UAE daily

ABU DHABI - Calling upon members of the Abu Dhabi Chamber of Commerce and Industry to develop joint ...

ABU DHABI - President Pratibha Devisingh Patil, who is on her maiden visit to the Gulf region, inaug...

Patil assures large Indian Diaspora in UAE of all help

Pakistani women will love me in 'West is West': Ila Arun

PANAJI - Pakistani women will love her in "West is West" because she represents them in the film, ac...
Copyright© 2010 The Gaea Times