Insulin resistance may be linked to stroke risk 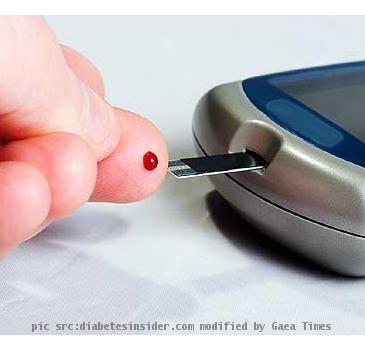 WASHINGTON - A new study has suggested that insulin resistance, a condition in which insulin produced by the body becomes less effective in reducing blood glucose levels, is associated with an increased risk of stroke in individuals without diabetes.

Insulin resistance originates from several factors, including genetics, a sedentary lifestyle and obesity, according to background information in the article.

The condition contributes significantly to the risk of cardiovascular disease, but whether it predicts ischemic stroke (interruption in blood flow to the brain due to a blood clot or another artery blockage) is still a matter of debate.

Tatjana Rundek, of Miller School of Medicine, University of Miami, and colleagues assessed insulin resistance using HOMA for 1,509 non-diabetic participants in the Northern Manhattan Study, a study assessing stroke risk, incidence and prognosis in a multi-ethnic urban community. Participants were followed for an average of 8.5 years.

During the follow-up period, vascular events occurred in 180 participants, including 46 who had fatal or non-fatal ischemic strokes, 45 who had fatal or non-fatal heart attacks and 121 who died of vascular causes. Individuals in the top one-fourth (quartile) of HOMA index had an increased risk of stroke compared to those in the other three quartiles of the HOMA index.

Adjusting for established cardiovascular risk factors-including glucose level, obesity and metabolic syndrome-did not diminish the association. The relationship between insulin resistance and the risk of first stroke was stronger in men than women but did not vary by racial or ethnic group.

“There are several possible reasons for the stronger effect of insulin resistance on the risk of ischemic stroke than of myocardial infarction in the present study compared within other studies,” the authors said.

It may be because individuals with a history of heart attack were excluded from this study, or because factors associated with insulin resistance-including high blood pressure, high triglyceride levels and low HDL or “good” cholesterol levels-are more significant risk factors for stroke than for heart attack.

“These findings emphasize the need to better characterize individuals at increased risk for ischemic stroke and the potential role of primary preventive therapies targeted at insulin resistance,” the authors concluded.

The study appears in the October issue of Archives of Neurology, one of the JAMA/Archives journals. (ANI)

WASHINGTON - A team researchers, including an Indian-origin boffin, has discovered a new cellular...

WASHINGTON - Scientists have found genes that contribute to the risk of obesity in men. A genome...

NEW DELHI - With the largest number of diabetes patients in the world, India needs to promote a heal...

Brain chemical that regulates mood may have anti-diabetic properties

NEW DELHI, INDIA (GaeaTimes.com)- Even as the World Diabetes Day is being marked today by seve...
Copyright© 2010 The Gaea Times