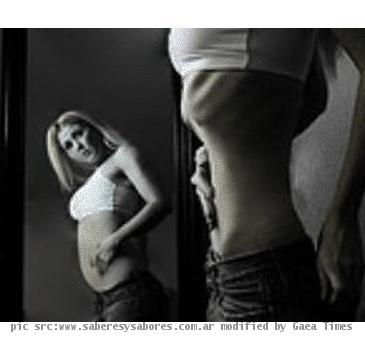 WASHINGTON - Drunkorexia-a new trend that involves not eating in order to save calories for alcohol-is gaining momentum amongst youngsters.

A drunkorexic is a person who restricts food intake to reserve those calories for alcohol and binge drinking, and note that people are more susceptible to drunkorexia in college.

A recent study by the University of Texas School of Public Health and the University of North Texas Health Science Centre found that in the past 10 years binge drinking has increased among young men and women.

“It was just something I always did while in college as a normal part of my diet so that I could stay skinny but still go out and drink,” ABC News quoted Savannah, a 22-year-old University of Texas graduate as saying.

“I do know a lot of people who skip meals to drink, drink heavily, and don’t gain any weight. Obviously their success in this way encourages others to try it,” said Savannah.

“That’s the best of both worlds to me, so it’s not likely that I’ll stop doing it any time soon,” she added.

The National Eating Disorder Association shows that while women are more commonly affected by eating disorders, more than a million men and boys battle the illness every day.

“When you consume on an empty stomach, you feel the effect quicker,” Rodney said.

Most websites focus on a ‘pro-ana’ approach, which promotes the eating disorder anorexia nervosa as a lifestyle choice. Ana is a sort of mascot, the personification of an anorexic girl.

Pro-thinspo.com gives strategies for staying thin and how to “look like a model.” Trends range from the “5 bite diet,” in which a person only eats five bites of food every meal to stay skinny, to different detox methods.

“Abuse counsellors are putting the word ‘drunkorexia’ in line with other eating disorders because the patient uses the same type of methods as anorexia and bulimia- they just mix it with alcohol too,” said Kevin Prince of the University Health Services in Austin, Texas. long with skipping meals altogether, purging is also a danger associated with drunkorexia. A person binge drinks then binge eats and throws it back up after.

Psychologists have also stressed that the main cause of drunkorexia is addiction.

According to the National Institute of Alcohol Abuse and Alcoholism, “alcoholism and eating disorders frequently co-occur and often co-occur in the presence of other psychiatric and personality disorders.” (ANI)