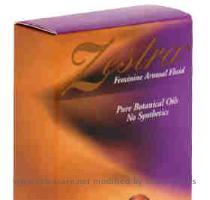 SAN FRANCISCO (GaeaTimes.com)- The latest commercial to cook up a storm is the arousal oil for women called Zestra. The commercial talks candidly on subjects that many primetime viewers might not be comfortable watching with their families. Most networks have found the ad suitable only for the midnight slots when some of the other products of similar nature are advertised. The allotment of the mid night slot for the commercial of Zestra, however, has faced severe criticism from several bloggers and fans as they feel it is a sexist move to not allow a commercial which talks about female sexuality. Considering that some of the commercials which deal with masculine sexual satisfaction are often broadcast in the middle of Super Bowl, their anger is rather understandable.

Some of the bloggers felt that the reason for the ad being shown only in the night slot is that it deals with female sexual satisfaction through artificial means. Some feel that men who see the ad where the women talk about the pleasures experienced through Zestra, they might feel inadequate themselves. Among some of the questions raised against the networks, one asks whether TV is biased towards female sexuality and sexual satisfaction.