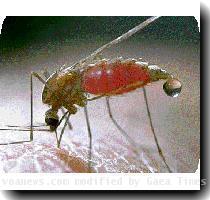 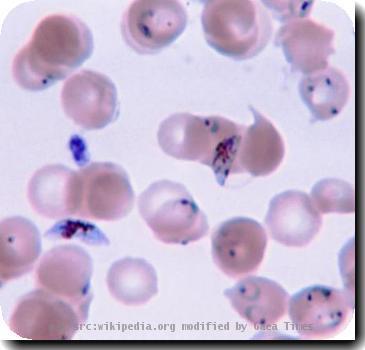 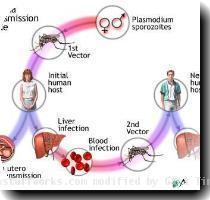 CAIRO — Egypt’s famed King Tutankhamun suffered from a cleft palate and club foot, likely forcing him to walk with a cane, and died from complications from a broken leg exacerbated by malaria, according to the most extensive study ever of his more than 3,300-year-old mummy.

The findings were from two years of DNA testing and CT scans on 16 mummies, including those of Tutankhamun and his family, the team that carried out the study said in an article to be published Wednesday in the Journal of the American Medical Association.

It also established the clearest yet family tree for Tut, indicating for the first time that he was the child of a brother-sister union.

The study said his father was most likely Akhenaten, the pharaoh who tried to revolutionize ancient Egyptian religion and force his people to worship one god. The mummy shown by DNA to be that of Tut’s mother also turned out to be a sister of Akhenaten, though she has not yet been identified.

Tut, who became pharaoh at the age of 10 in 1333 B.C., ruled for just nine years at a pivotal time in Egypt’s history. While a comparatively minor king, the 1922 discovery of his tomb filled with stunning artifacts, including the famed golden funeral mask, made him known the world over.

Speculation had long swirled over why the boy king died at such a young age. A hole in his skull long fueled speculation he was murdered, until a 2005 CT scan ruled that out, finding the hole was likely from the mummification process. The scan also uncovered the broken leg.

In contrast to the golden splendor he was buried with, the newest CAT scans and DNA tests revealed a sickly teen pharaoh, weakened by congenital illnesses finally done in by complications from the broken leg aggravated by severe brain malaria.

The team said it isolated DNA of the malaria parasite in several of the family’s mummies, including Tut’s — the oldest such discovery.

“A sudden leg fracture possibly introduced by a fall might have resulted in a life threatening condition when a malaria infection occurred,” concluded the article in the Journal of the American Medical Association. “Tutankhamun had multiple disorders… He might be envisioned as a young but frail king who needed canes to walk.”

Like his father, Tutankhamun had a cleft palate. He also had a club foot and suffered from Kohler’s disease in which lack of blood flow was slowly destroying the bones of his left foot — an often painful condition, the study said. It noted that 130 walking sticks and canes were discovered in Tut’s tomb, some of them with trace of wear suggested they had been used.

The new study also answered long standing questions over Tutankhamun’s family. His grandfather was the Pharaoh Amenhotep III, and his father was mostly likely the famous Akhenaten, who attempted to change millenia of Egypt’s religious tradition by forcing the country to worship the sun god Aten, instead of usual multiplicity of deities.

Some archaeologists have speculated that Tut’s father was a little-known figure, Smenkhkare, thought to have ruled as a pharoah or co-regent.

Archaeologists have never been certain of the identity of Tut’s mother. DNA tests pinpointed which mummy is that of his mother — and that she was the sister of his father — but her name remains uncertain. Brother-sister marriages were common among ancient Egypt’s pharaohs.

The studies also disproved speculation that Tutankhamun and members of his family suffered from rare disorders that gave them feminine attributes and misshapen bones, including Marfan Syndrome, a connective tissue disorder that can result in elongated limbs.

The theories arose from the artistic style and statues of the period, which showed the royal men with prominent breasts, elongated heads and flared hips.

“It is unlikely that either Tutankhamun or Akhenaten actually displayed a significantly bizarre or feminine physique,” said the article.