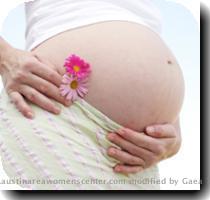 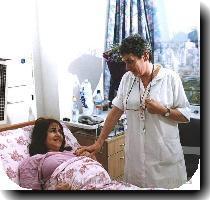 Survey: Half of China’s moms-to-be have C-sections

HANOI, Vietnam — Nearly half of moms-to-be surveyed in China were delivering by cesarean sections, the world’s highest rate recorded by the World Health Organization, which warned Tuesday that a boom in unnecessary surgeries is jeopardizing women’s health.

Rates of C-sections have reached “epidemic proportions” in many countries worldwide, the WHO said in a report focusing on Asia. In China, 46 percent of births reviewed in a survey of hospital records were C-sections; a quarter of those were not medically necessary, the report said.

“So many pregnant women ask for a cesarean birth in China, but we always suggest that they have a natural birth,” said Dr. He Yuanhua, at Capital Antai Obstetrics and Gynecology Hospital in Beijing, who did not participate in the study. “It’s bad to have so many cesarean births because natural birth is the ideal way.”

The WHO reviewed nearly 110,000 births in nine Asian countries in 2007-08. About 27 percent of births surveyed in the region were done under the knife, partially motivated by hospitals eager to make more money.

The survey, published online Tuesday in the medical journal Lancet, mirrors similar results reported by WHO in 2005 from Latin America, where 35 percent of pregnant women surveyed were delivering by C-section.

“The relative safety of the operation leads people to think it’s as safe as vaginal birth,” said Dr. A. Metin Gulmezoglu, from the WHO in Geneva who co-authored the Asia report. “That’s unlikely to be the case.”

Women undergoing C-sections that are not medically necessary are more likely to die or be admitted into intensive care units, require blood transfusions or encounter complications that lead to hysterectomies, the study found. The procedure was shown to benefit babies during breech births.

Reasons for elective C-sections vary globally, but increasing rates in many developing countries coincide with a rise in patients’ wealth and improved medical facilities.

In Asia, some women opt for the abdominal surgery to choose their delivery day after consulting fortune tellers for “lucky” birthdays or times. Others fear painful natural births or worry their vaginas may be stretched or damaged by a normal delivery. Some women also prefer the operation because they believe it is less risky.

“I think it’s safer for the mother and child to have C-sections, and the relatives feel more secure because it’s very simple and very common now,” said Trang Thanh Van, 25, just days away from giving birth to her first child in Vietnam. “People worry that using tools to pull the baby out may affect their brains.”

She said she preferred to deliver naturally, but will let her doctor decide if a C-section is best.

In Latin America, C-section rates in all eight countries surveyed earlier by WHO were 30 percent or higher, with Equador posting 40 percent and Paraguay 42 percent. Some expectant mothers there scheduled elective surgeries to avoid giving birth during holidays or even so they could attend parties, said Dr. Archana Shah, from the WHO in Geneva, who worked on that report and cautioned that data in both studies represent a sample that may not reflect overall national rates.

In the U.S., where C-sections are at an all-time high of 31 percent, the surgery is often performed on older expectant mothers, during multiple births or simply because patients request it or doctors fear malpractice lawsuits. A government panel warned against elective C-sections in 2006.

Meanwhile, an earlier WHO survey of African countries found that C-sections occurred in about 9 percent of deliveries surveyed and that many medical facilities were ill equipped to perform emergency surgeries, leading to increased deaths.

The Asian survey examined deliveries in 122 randomly selected public and private hospitals in 2007 and 2008 across Cambodia, China, India, Japan, Nepal, the Philippines, Sri Lanka, Thailand and Vietnam. The hospitals were located in capital cities and two other regions or provinces within each country, all logging more than 1,000 births a year.

The study did not discuss specific reasons for the high number of C-sections, but it noted that more than 60 percent of the hospitals studied were motivated by financial incentives to perform surgeries.

At Vietnam’s National Hospital of Gynecology and Obstetrics in Hanoi, about 40 percent of the 20,000 babies delivered there annually are via C-section, said Dr. Le Anh Tuan, the hospital’s vice director, who did not participate in the study.

As the capital’s largest maternity hospital, it receives the most complicated cases, with many women undergoing emergency surgery. But he said another major driver is women with small frames whose babies are simply too large for them to deliver naturally.

“The babies are bigger, even than in Western countries,” he said. “Vietnam was a country where we didn’t have enough food to eat. Now we have a surplus of food. The women think that if they eat a lot, their babies will be healthy.”