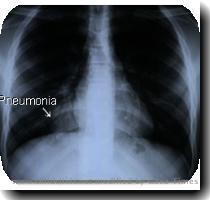 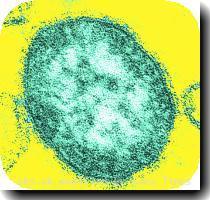 On the eve of the anniversary, the U.N. children’s agency issued a report Thursday on the challenges ahead and the accomplishments since the U.N. General Assembly adopted the Convention on the Rights of the Child in 1989.

More than 70 countries have used the treaty to incorporate children’s rights in their national laws, she said, noting a new focus on safeguarding youngsters “from violence, abuse, discrimination and exploitation.”

Only two nations, the United States and Somalia, have not ratified it.

Still, much remains to be done. Veneman said it was unacceptable that more than 24,000 children under the age of 5 die every day from preventable causes like pneumonia, malaria, measles and malnutrition. Nearly 200 million youngsters are chronically malnourished, more than 140 million are forced to work, and millions of girls and boys of all ages are subjected to sexual violence.

“As the first decade of the 21st century comes to a close, the convention stands at a pivotal moment,” Veneman told a news conference launching the report.

“Its relevance remains timeless. The challenge for the next 20 years is to build on the progress achieved, working together to reach those children who are still being denied their rights to survival, development, protection and participation.”

The convention has the widest support of any human rights treaty — 193 countries — though Veneman said not all are implementing its requirements.

The Clinton administration signed the convention but never submitted it to the Senate for ratification because of opposition from groups that argued it infringed on the rights of parents and was inconsistent with state and local laws.

Veneman called the U.S. failure to ratify the treaty frustrating, but noted that President Barack Obama and U.S. Ambassador Susan Rice “have expressed a strong desire to move the U.S. in the direction of approving the convention.”

The convention ensures children of the right to a name, a nationality, an education, the highest possible standards of health, protection from abuse and exploitation, and the right to have their views heard.

The number of children not attending primary school also dropped, from 115 million in 2002 to 101 million in 2007, the report said. However, while the gender gap has narrowed, girls are still losing out.

As a striking example of how much remains to be done, UNICEF said 1 billion children are deprived of food, shelter, education, health care, clothing, clean water or sanitation.

Children in Africa and Asia suffer the worst, Veneman said. “More than nine out of 10 children who are not attending school, who are malnourished, and who die before the age of 5 live in these two continents,” she said.

According to the report, between 500 million and 1.5 billion children are estimated to experience violence annually.

One of those victims, Grace Akallo, who was kidnapped by the notorious Uganda-led Lord’s Resistance Army in 1996 when she was 15 years old and became a child soldier and sex slave, urged greater global efforts to rescue children caught in wars or subject to violence.

“Exploitation of children is not simply a breach of an international treaty,” she said at the U.N. “It’s pain. It’s suffering and confusion and damage. It’s hope lost and hope betrayed.”

Akallo, now 29 and a graduate student at Clark University in Worcester, Mass., said that when she appeared before the U.N. Security Council in April, members promised to help the millions of suffering children in war zones. “That gave me hope that one day there will be peace, that children all over the world will be able to sing a new song, a song of peace, safety and love,” she said.

UNICEF urged countries to put the rights of all children, especially the needy and the suffering, at the center of their policies and budgets because children are the future.